How to prepare and perform automated tests:

Automated tests are usually used in software development, to save time and money. It can be used, for example, for GUI testing, database testing, web service testing, or mobile app testing.

Modern software is a complex, multifunctional object. Its manual verification requires significant workforce and time costs. That is why automated testing tools come to the rescue, as they improve the quality and provide reuse of tests when adjusting the software. The automated testing process utilizes the intellectual creativity of highly qualified IT specialists.

However, to achieve the desired goals it also needs to be carried out systematically. At each stage, specialists choose the right automated test strategy when checking the quality of the investigated object. The use of automate testing tools is relevant in the following cases:

Depending on the requirements of the company and the capabilities of the tool, other software products are also subject to automated testing. The development of separate automated test cases makes the testing process more efficient. Creating initial conditions minimally affecting other tests allows you to use test scripts that can return the system to its original state.

Automated testing can be used to check the efficiency of web application modules. Website testing can be complex, involving a team of experts who analyse the application to identify problems. While checking the application, experts must consider the project’s specifics and the mechanics of how the server-side, database, web servers, web-interface, and third-party components interact.

What should and shouldn’t be automated?

Manual testing can cause bottlenecks, slow time-to-market, and waste time and money. Your team needs to decide what should and shouldn’t be automated, in order to achieve results efficiently.

These tasks can generally be automated:

Manual testing is often a better choice for the following types of tests:

To make automated testing easier, there are various tools you can use for automated cross browser testing. We’ve included information about three of the most popular tools below, to help you decide which is best for your automated tests.

Selenium is a suite of tools for automating web browsers for testing purposes. It includes Selenium WebDriver, for browser-based regression automation testing, Selenium IDE, an add-on for Chrome and Firefox that records and plays back browser interactions for automation-aided exploratory testing, and Selenium Grid, for distributing and running test on several machines across multiple environments.

Selenium can be used for automation tests with most popular browsers including Chrome, Firefox, Internet Explorer, and Safari, and on Windows, Mac, and Linux operating systems. It’s free, open-source software.

CrossBrowserTesting is a web testing platform that works with over 2,050 different browsers and allows you to test on real Android and iOS devices. As well as automation tests, it supports debugging, test reporting, automated screenshots, and manual and exploratory testing.

Designed for QA Engineers and Developers, you can run multiple parallel tests on multiple browsers and devices at once to cut down testing time and integrate Appium, Selenium, Protractor, Capybara, and other frameworks in the real device cloud. There’s a free trial, after which a subscription including automated testing costs from $100 per month (billed annually). 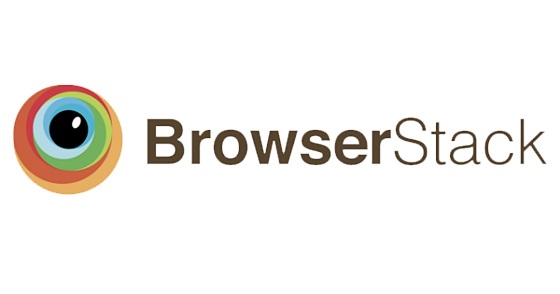 With BrowserStack you can test your site on over 2,000 real devices and browsers. This suite of software allows you to automate Selenium testing at scale, automate tests for desktop, and carry out automated mobile app testing.

There’s zero setup and zero maintenance, so BrowserStack works out of the box, and you can get started for free with 100 minutes of automated browser testing and 100 minutes of automated mobile app testing (plus 30 minutes each of interactive browser and mobile app testing). To sign up for BrowserStack Automate after the free trial costs from $129 per month for desktop, or $199 per month for desktop and mobile, billed annually and includes unlimited testing minutes and unlimited users.

Comparium has an intuitive interface that makes it easy to use, even for those new to testing, and it’s a dynamically developing tool - upcoming updates may bring support for custom Selenium scripts and other features for automated testing.

Right now you can take and compare screenshots in the Screenshot tool - either manually or automatically - to easily identify website incompatibilities, and download them using the Download button, but more features are being added all the time. The current version supports real-time web testing in Windows and Linux browsers.

You can register right now to start using the free version, which allows you to run 1 parallel test and includes up to 1,000 screenshots per month and unlimited screenshots per session, but caps the number of minutes available for live testing at 200 minutes a month. To remove the caps on live testing and run unlimited parallel tests, you can upgrade to a Live Plus plan.

Automated testing is an efficient, time-saving method of testing for software development and website testing. As with anything though, the automated testing tool you choose is important, and we’d recommend any of the tools above if you’re looking for a cross browser testing tool that’s reliable and efficient. For those looking to capture and compare screenshots, we’d highly recommend Comparium, and you can sign up to use the free version in just a few minutes.

What is meant by automation testing?
Automation testing is commonly used in software development. It’s a type of website compatibility test where processes are used to test individual modules by running scripts and programs automatically, compared to doing this manually.
What is automation testing with example?
An example of automated testing is testing a contact form that has mandatory fields, for cross browser development. This is a repetitive task that can be boring and time-consuming, so it’s ideal for automated tests.
How does automated testing work?
If you’re wondering how to automate testing, it works by using special automated testing tools to run tests and check processes, such as filling out a form on a website or authenticating a login, for cross browsing. If you’re wondering “What is cross browsing?” it’s when a website is viewed and tested on multiple different browsers
What tests should be automated?
Tests suitable for automation include repetitive tests such as login, tests that provide a specific result, or tests that must be run with different parameters and options, such as email address verification. Some tests, such as testing and passing a captcha, are better run manually.